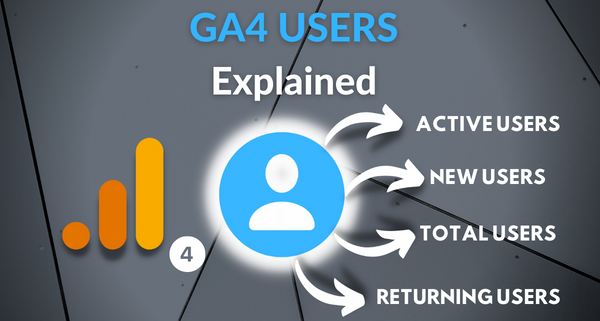 The users dimension: it seems so innocuous and so obvious. Users are individuals who are doing things on your website or app. But like many things in the new Google Analytics, GA4 users are not exactly intuitive. In this blog post, we’ll define GA4 users and demystify Active Users vs. Total Users vs. New Users vs. Returning (established) Users. We’ll also explore how we can see GA4 returning (established) users through a little custom work.

First of all, I want to say “thank you” to Hillary who left a great question on the GA4 vs. UA explanation on the Root and Branch YouTube channel. She was seeing different numbers for the Users dimension in her Traffic Acquisition reporting compared to her Event reporting. This blog post is the product of the research I did trying to answer her question.

To understand GA4 users, we need to understand New Users, Total Users, Active Users, and Returning (established) Users. They are briefly defined immediately below, and we’ll explain them in depth here.

Users are one of the key parts of understanding how GA4 works. If you want to get a full grasp on more of the building blocks of your GA4 data, check out this explanation of hits, events, sessions, and users. You can also watch this embedded video below for this same blog content in more detailed, video format.

Otherwise, let’s keep on rolling and establish how Users are different in GA4 compared to the prior version of Google Analytics.

Users in Google Analytics 4 vs. Users in Universal Analytics

Like many things in Google Analytics 4, the “Users” dimension is different compared to how things had been in UA. In fact, it is one of the many differences between GA4 and UA and it’s related to the fact that the data model is exclusively event-based in GA4. It also seems related to the fact that GA4 is built to be less reliant on cookies than UA.

In Google Analytics, the primary user metric is “Active Users.” In addition to “Active Users,” there are “New Users” and “Total Users.” And we can still see “Returning Users,” although as we’ll see they are referred to as “established” users in the most helpful reporting area.

Let’s explore where we can find all of these user groups in GA4 and explain how they are determined. We’ll start with “New Users.”

If you go into your Acquisition reporting area within the GA4 standard reports, you’ll find New Users within the “User acquisition” report.

You can see this below for the Root and Branch GA4 property where the first column contains the “New users” dimension. The number is hidden, but there are 7,915 New Users on the site during the analysis time period.

How Are New Users Defined in GA4?

New Users are the number of people who interacted with your website or launched your app for the first time. It is a sum of the new unique user IDs that logged the first_visit or first_open event in GA4. The first_visit event is logged on both websites and Android apps, while the first_open event is logged on iOS apps. They are both automatically collected events in GA4 and you can read more from the Google support article if you’re interested.

How Are New Users Defined in UA?

You can find Total Users in your Event reporting in GA4. Click into the “Engagement” reporting area on the left-hand navigation and then select “Events.” This will show you a total list of all logged events during the time period in question. You’ll also see “Total Users,” which is used to calculate metrics like the one shown at the far right below: “Event count per user.”

As you can see, there were 8,362 Total users during the time period in question. It makes sense that this is more than the 7,915 New Users we saw previously, but it’s not as immediately obvious why it’s more than the Active Users that we’ll define further below.

How Are Total Users Defined in GA4?

The Total Users metric is defined as the total number of unique users who logged any kind of event during the time period in question. Unlike in UA, Total Users is not the primary way to define Users in GA4.

How Are Total Users Defined in UA?

Total Users is the primary user metric in Universal Analytics. It is the sum of New Users (visitors on your site without a cookie identifying them as someone who has visited before) plus Returning Users (visitors on your site who do have such cookie identification). Note: returning users that were previously counted as new users within the time period are not counted twice butt only once (thank you Antonin, for the helpful comment and guidance!).

Total Users are the primary user metric in Universal Analytics.

We can see there were 8,272 Active Users during the analysis time period, which compares to 7,915 New Users and 8,362 Total Users. Clearly, the Active Users count is quite close to the Total Users. What’s the difference?

How Are Active Users Defined in GA4?

Active Users is the primary user metric in GA4. A website user is defined as active if they have an “engaged session” OR when GA4 collects the first_visit event or the engagement_time_msec event parameter.

An “engaged session” is defined as a session that is 10 seconds or more, or involves more than 1 pageview or at least 1 conversion. [Although, you can change this engaged session calculation as part of this 10 step GA4 setup and configuration process.] The first_visit event is what identifies a User as a New User. The engagement_time_msec event parameter simply means that *any* amount of time was logged along with any event from the user during the time period in question. In other words, an Active User is any user who is a New User plus any user who spent any amount of time on the website during the time period in question.

The other potential criteria for Active Users refer to app users instead of website users. This Active User definition allows GA4 to provide insight into User activity during specific time frames. Check out an example below of 1 Day Users, 7 Day Users, and 30 Day Users. 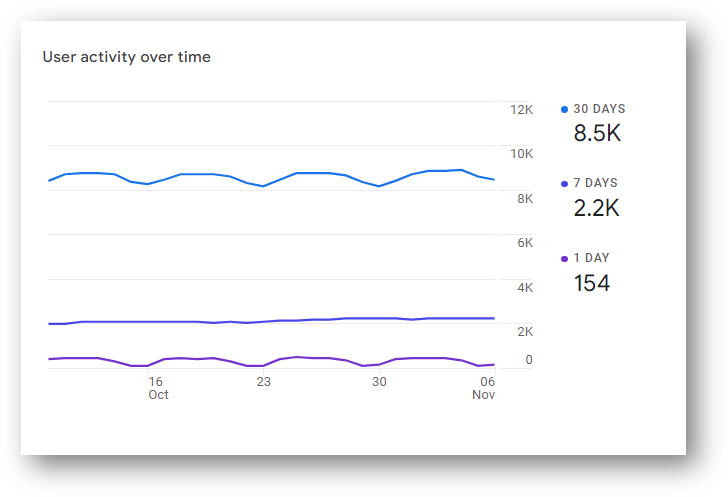 How Are Active Users Defined in UA?

Surprise! There are no Active Users in UA. This is new in GA4. Check out the big ‘ol “N/A” in the bottom left in the comparison report below from this Google article. A Returning User is a user who has been to your site (or app) before. There is limited data on Returning Users in GA4 standard reports. As we’ll see below, we can use the Explorations feature to build a custom report and get additional detail on our users who have previously visited on our site.

The information that we do have in GA4 standard reports is in the “Retention” reporting area. You can see that below in the red box. From there, you can toggle between “New users” vs. “Returning users” to have different information displayed in a chart. You can also see user retention by cohort and user engagement by cohort in this same section of standard reports. To get more detailed information on your Returning Users in GA4, you’ll need to use the Explorations reporting feature. From there, you can create a custom report that access the “New / established” dimension to separate your users into New vs. Returning (established) users. Let’s see how to do that.

How to See Returning Users in GA4

First, click into the “Explore” reporting area from the left-hand GA4 navigation. Hit the plus button to create a new exploration. In this report, I’ve added metrics like Sessions, Conversions, Average engagement time per session, and Session conversion rate. I’ve also added Landing page as an additional dimension, so I can view performance by page for New vs. Returning users. You can add whatever combination of metrics and dimensions you need for your reporting needs. But you’ll be able to separate you audience into groups of “new” vs. “established” (returning) users as you can see in the red dashed boxes.

What Other Reporting Features Are Useful in GA4?

Reporting in GA4 is quite different from UA. Not only are Views a thing of the past in GA4, but many other elements are either completely new or quite different.

Here are several resources that should make things easier for you. Feel free to check out the linked blogs and video tutorials.

A “parameter” is a piece of data that adds additional context to a web interaction (an “event”). For example, an internal link click might be called internal_link_click event. The event will register and record data each time the event occurs. But if you want to see additional information like the specific link that was clicked or the text of the link that was clicked, you’re talking about event parameters. Site search is one of the “enhanced measurement” events in GA4 that is tracked automatically in GA4. If you want to see the specific terms that are searched on your site in addition to the total count of searches, you’re talking once again about those pesky event parameters. This guide to GA4 site search will show you to build a quick report and get useful insights about what your visitors are looking for on your site. 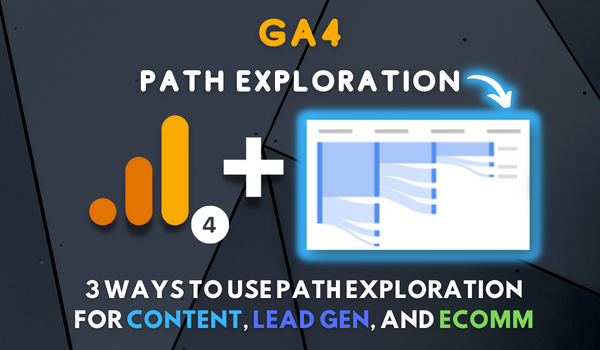 Campaign Reporting With UTMs in GA4

Do you know how to access your UTM tagged campaign traffic in GA4? This is necessary to track how your marketing campaigns are performing. It’s also useful for measuring traffic mediums (like email) that Google Analytics can’t classify on its own. New parameters like utm_content and utm_term were only added in July of 2022. In other words, effective campaign reporting is a relatively new feature in GA4. Check out the guide to Google Analytics 4 UTM parameters here. Looking for something else? Feel free to leave a note in the comments or on the Root and Branch YouTube channel at youtube.com/@rooted-digital. We’re always looking for new content ideas!

Don’t forget that Universal Analytics data will no longer be processed in that platform beginning July 1, 2023. In other words, now is the time to get more comfortable with GA4.

If you’re still someone learning about GA4 (as I am), I’d recommend checking out this GA4 vs. UA comparison or this list of updated GA4 questions. You can also subscribe to the Root and Branch YouTube channel for an updated video every week or so. I’ll see you there! There are explainers and tutorials for tracking like this.

Root & Branch is a certified Google Partner agency and focuses on paid search (PPC), SEO, Local SEO, and Google Analytics. You can learn more about us here. Or hit the button below to check out YouTube for more digital marketing tips and training resources. 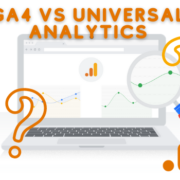 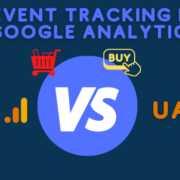 Events in GA4 vs UA GA4 Problems: What Can You Do About Them? 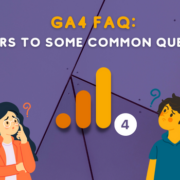 Want to join the discussion?
Feel free to contribute!

GA4 Views: How To Create a “View” in Google Analytics 4